Get ready because NBC’s next live musical event is coming!

The Tony Award-winning film, Annie has been adapted into a live musical event and it features actresses Celina Smith and Taraji P. Henson.

This project is executive produced by Robert Greenblatt along with Neil Meron.
Alex Rudzinski will serve as will serve as Live Television Director and Executive Producer as he did with “Hairspray Live!” and “Jesus Christ Superstar Live In Concert.”

“Annie Live!” will be directed by the award-winning Lear deBessonet.

Veteran choreographer Sergio Trujillo will choreograph the production, while Paul Tazewell will design the costumes and Jason Sherwood the scenery.

In addition, Stephen Oremus, will head the music department for “Annie Live!” as he did for “The Wiz Live.” His blockbusters credits include “Wicked,” “Frozen,” “The Book of Mormon,” and Kinky Boots.”
The live event is being produced by Chloe Productions.

Check out the photo below to see your first-look at Taraji P. Henson as Miss Hannigan. 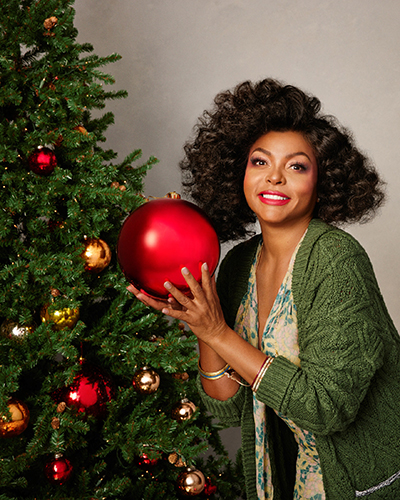 Annie Live will air on NBC on December 2nd, let us know in the comments if you’ll be tuning in!

All images by Paul Gilmore/NBC